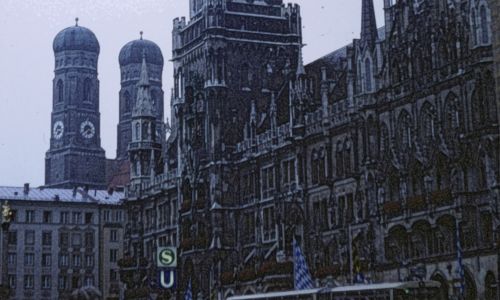 Once a year the Marienplatz turns orange when up to 18,000 runners, all sporting orange shirts, meet on Munich's main square for the annual Stadtlauf München.

At registration, all participants receive a technical T-shirt which they have to wear during the race.

The route is a mix of roads and gravel paths. Starting and finishing on Marienplatz, competitors run through the city centre and through the vast Englischer Garten, Munich's largest public park. Participants in the half marathon run two laps.

Race centre: between 10 June and 22 June 2013: SportScheck sports shop, Sendlinger Strasse 6; on the day (until 30min before the start): Pettenbeckstrasse, Rindermarkt (near Marienplatz)

You get: technical T-shirt, finisher medal, snacks and drinks on the course and at the finish