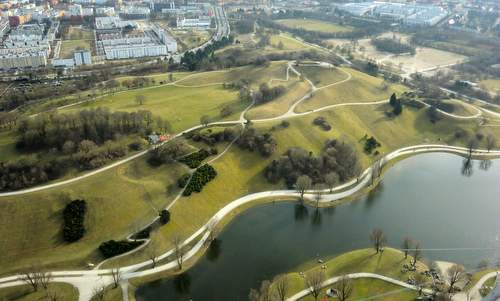 The Bavarian Run is, like the Halbmarathon München and the Sommernachtslauf, held in the Olympiapark in Munich, capital of Germany's state of Bavaria (Bayern).

Two race distances are on offer: 6km and 11km.

Participants in the 6km race run one loop through the park, which was created for the Olympic Games 1972. The 11km race consists of two laps (6km + 5km).

The route is undulating and mostly on asphalt.

Starting and finishing at the ‘Olympia-Eissportzentrum’, the route passes a large number of sports venues, including the magnificent Olympic Stadium.

Ten per cent of each entry fee will be donated to charity.

Timing: ChampionChip — use your own chip or rent a chip for € 5

You get: technical T-shirt, baggage storage, drinks on the course and at the finish