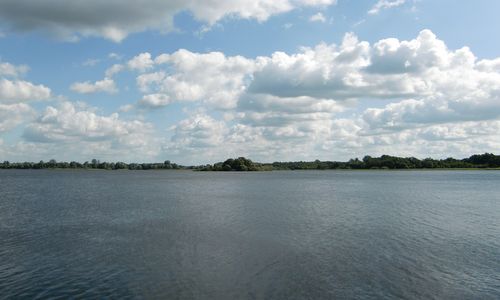 The Müritz-Lauf is held in the Mecklenburg Lake District, a thinly-populated area of great natural beauty and a popular holiday destination in north-eastern Germany.

Entrants can choose between the 75km ultra marathon or the 26.5km run. The ultra race can be run as a relay, with teams consisting of up to eight runners.

Starting in the resort of Waren (Müritz), the 75k is an undulating loop around the Müritz, the largest of more than 1000 lakes in the region.

Participants run on mixed terrain through fields, woods and villages, and through the beautiful scenery of the Müritz National Park.

The 26.5km "Städtelauf" follows a point-to-point course from Röbel on the lake's western shore to Waren (Müritz) at the northern end of the lake.

You get: chip timing; shuttle bus service to the start (26.5km) and to the relay changing points; transport of personal clothing from start to finish (26.5km); medal and certificate; massage service at the finish; pasta party after the race (for individual runners and handcyclists)

Prizes: trophies to the first 3 M/F; € 100 prize money for a new course record