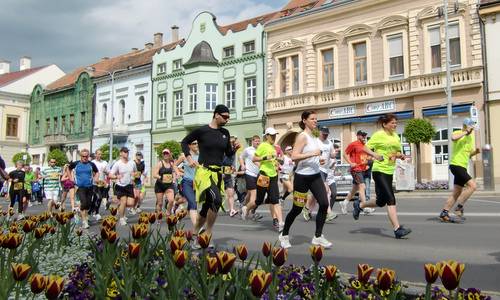 The Tapolca Félmaraton (Tapolca Half Marathon) in Hungary begins and ends on the Baroque main square of Tapolca, a small town of 16,000 people near Lake Balaton, Central Europe's largest lake.

Entrants can choose to compete as an individual or as part of a relay team, with teams consisting of two, three, or four runners.

Participants in the half marathon run two laps of a gently undulating course.

The race begins with a short loop around the picturesque Mill Pond (pictured below). Then, competitors run on roads and cycleways to the village of Diszel and back to Tapolca. A short section is on a gravel road.

From the course, there are some fine views of the volcanic hills of the Bakony range. 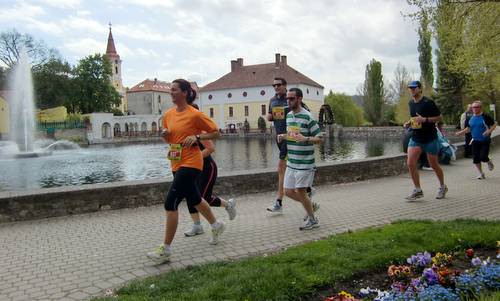