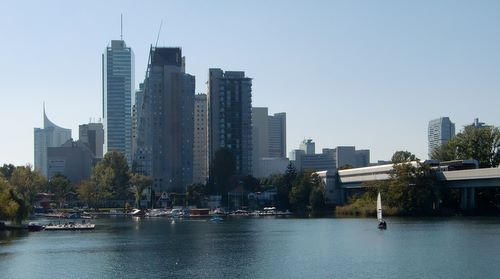 Over 1100 runners took part in the last edition of the Wien Energie Halbmarathon in Austria's capital city Vienna.

In addition to the half marathon, the event offers a relay race for teams of three runners, a 6.8km loop for runners and nordic walkers, and children's races.

The half marathon consists of three laps around the "Obere Alte Donau" in the north-eastern part of Vienna, approximately six kilometres from the city centre.

Formerly, the "Old Danube" was a section of the River Danube but nowadays it's a lake separated from the river by a dam.