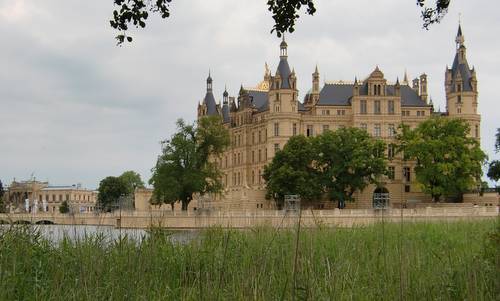 The event comprises three running races, which are (approximately) 10km, 15km, and 30km long. It also features a 12.5km competition for walkers and nordic walkers, as well as a non-competitive 30km walk.

The start and finish are in Schwerin, capital of the state of Mecklenburg-Vorpommern. The city is well worth a visit for its very pretty Altstadt, its magnificent castle (pictured), and its location—Schwerin is surrounded by lakes in all directions, and the Baltic Sea is also just about 30 kilometres away.

Participants run across the Schlossinsel ("Castle Island"), through woods and parkland, and along the shores of five lakes. The route is on mixed terrain and mostly flat but towards the end of the race it crosses a small hill.

You get: free use of public transport in Schwerin (8.00-10.00); transport of personal clothing to the finish; up to eight aid stations along the course; certificate

Prizes: first 3 in each category