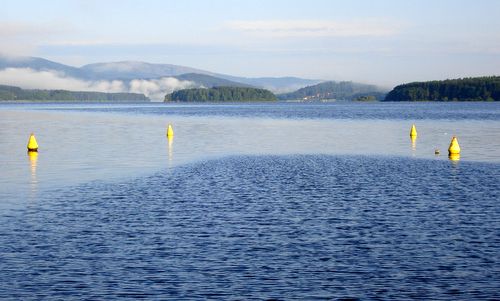 The Lipno STRC kros is the fourth race of a series of six trail running races, held between May and October at various locations in the Czech Republic.

The event brings runners to the Lipno Reservoir (pictured), which is the Czech Republic's largest lake and a popular holiday destination in the South Bohemia region near the borders with Austria and Germany.

The start and finish are in Lipno nad Vltavou, a largely modern summer and winter sports resort, situated close to the hydroelectric dam across the River Vltava.

Participants run approximately 12 kilometres of a very hilly course, mostly on forest trails and ski slopes. The difference between the highest and the lowest point on the course is about 170 metres.

Entries: online, payment in cash on the day; late entries on the day

You get: entry into the prize drawing; discount voucher for Salomon and Suunto products; concert after the race