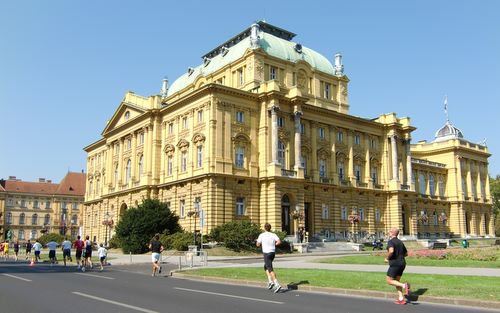 Četiri zagrebačka trga is a 5k race held in the city centre of Zagreb, capital of Croatia.

Organized by the Zagreb Police, the event charges no entry fees. The first 100 finishers get a T-shirt.

The start and the finish are at the music pavilion in Zrinjevac, a small park popular for romantic walks under 100-year-old plane trees.