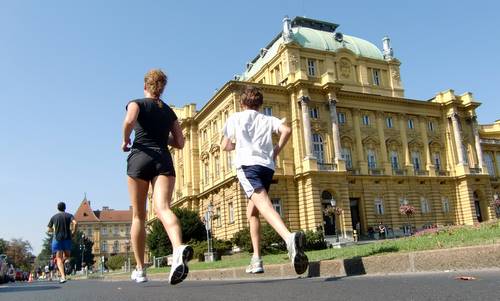 On a very warm Sunday in late September, two weeks before the Zagreb Marathon, about 260 runners completed the 4 zagrebačka trga (‘Four Squares’), a 5K race in Croatia's capital city.

Children and teenagers ran distances between 200 and 1,200 metres.

The event, which does not charge any entry fees, may have had more participants if race details had been available earlier than seven days before the event.

The route was completely closed to traffic but almost a third of the course was run alongside traffic, and there were no kilometre markers. The first 100 finishers were awarded T-shirts, and there was plenty of tea for all participants. 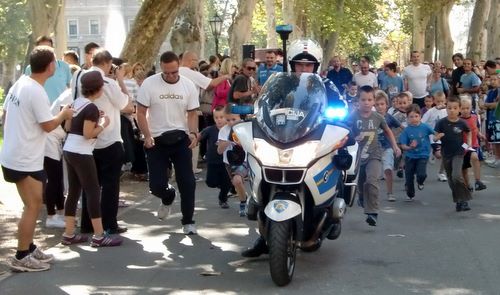 Many adults mixed into the children's races. 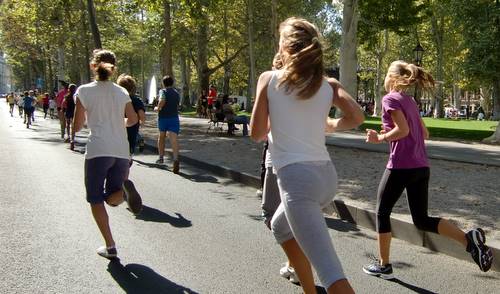 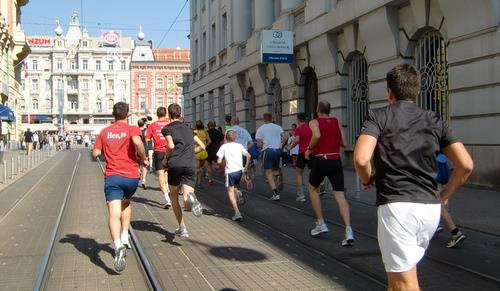 These are the 5K runners on their way to Zagreb's main square, Trg bana Jelačića. 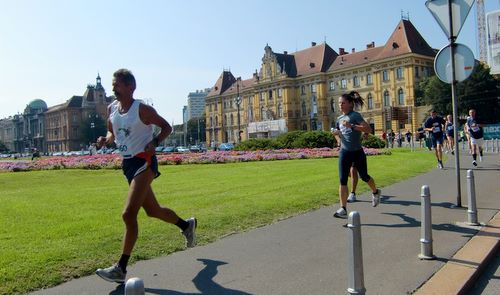 Participants passed the Museum of Arts and Crafts, ... 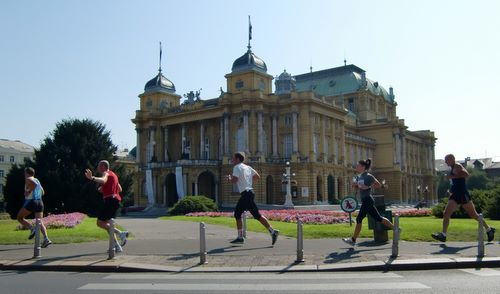 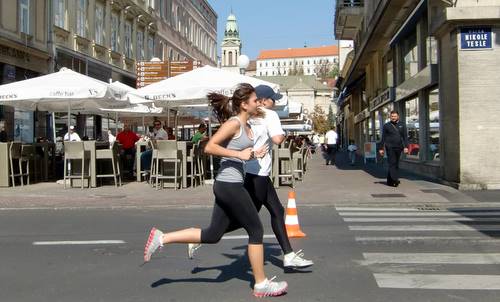 ... and many pavement cafés. 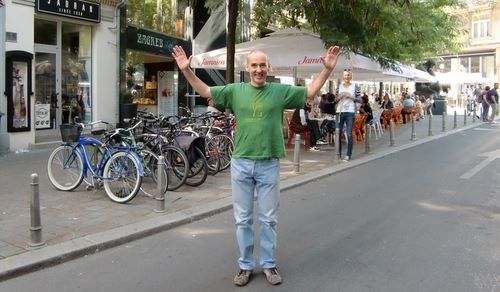 There were also a few spectators on the course. 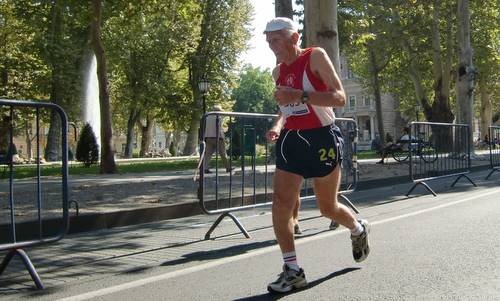 Josip Đunđek was the oldest competitor in the field. He is 87 years old!