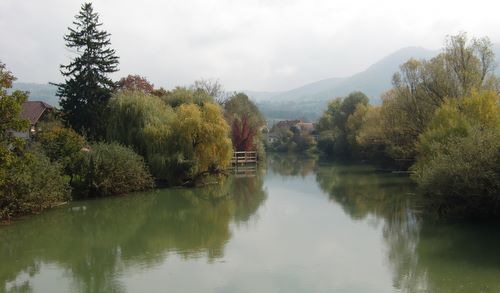 This scenic 9-kilometre multi-terrain race in Slovenia's Dolenjska region brings runners to the lovely small town of Kostanjevica na Krki, built in the 13th century on an island in the River Krka.

The route is an undulating loop which includes about 120 metres of ascent. Participants run through agricultural land, woods and villages, and they pass the Kostanjevica Abbey.

Approximately 5.7 kilometres of the course are on asphalt roads, 2.5 kilometres on dirt roads, and 800 metres on trails.

Entries: on the day

Entry fees: 8 euros; 5 euros for children 15 years and under

You get: a meal, drinks, a gift souvenir, entry into the post-race prize-drawing

Prizes: trophies and product prizes to the winners, medals to the first 3 in each category