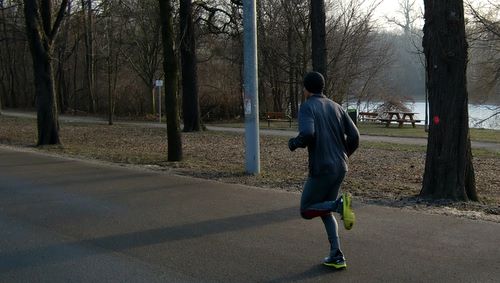 The third and final event of the VCM Winterlaufserie brings runners again to Vienna's largest park, the Prater. Formerly the imperial hunting grounds, the Prater is now home to the Wurstelprater amusement park, the Ernst-Happel-Stadion (Austria's largest stadium), and a horse-racing track.

The event offers the following distances: 7km, 14km, 21.1km (half marathon) and 28km. The route is a 7km-loop. Runners can decide during the race how many loops they want to run.

A major part of the route is out-and-back the Prater Hauptallee, the main artery through the park. The course is completely flat and fast, traffic-free, and AIMS-certified.

You get: one feed station (at the end of each lap)

Prizes: first 3 M/F (half marathon only)