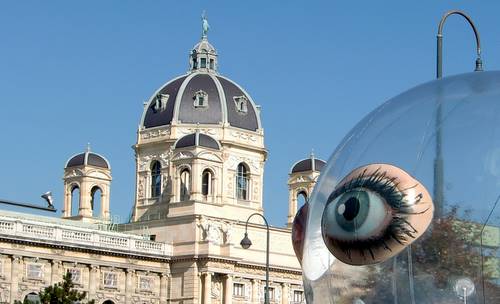 There's plenty to see along the course of the Wiener Silvesterlauf, held annually on New Year's Eve in Austria's capital Vienna.

The route is a 5.4-kilometre loop around the city centre. Participants run along the imperial Ringstrasse, which is home to a large number of Vienna's most grandiose buildings, among them the Hofburg, the Parliament buildings, the Rathaus, the State Opera House, the University, churches, museums, and theatres.

Last year, the Silvesterlauf had around 2500 finishers. The fastest runners were Dieter Pratscher (16:25) and Susanne Pumper (18:39).

Entries: online (until 25 Dec 2011, payment by credit card); late entries in person in the race centre

You get: baggage storage, feed station at the finish, entry into the post-race prize drawing; sausages to all participating dogs

Award ceremony and prize drawing: ca. 13.30 in the Ringstrassen-Galerien