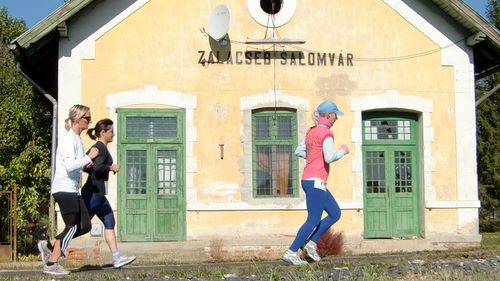 Szaggasd az aszfaltot! ("Grind the asphalt!") was the motto of the event, and a record 240 runners from four countries followed this call and came to the village of Bagod to grind the asphalt of the long-distance bike path that runs through Zala County in western Hungary.

The Zalai futóparty ("Zala Running Festival") offers a 3km run (the most popular distance this year), a 10km race, and a half marathon. Children run 500 metres. All routes are out and back.

Bagod is the wrong place for elite athletes who are looking for a big prize fund but those who are interested in running a lovely route through rural Hungary, meeting local runners (many of whom speak English or German), and trying original Hungarian goulash after the race will love the event.

Furthermore, it´s possible to set a personal record in the race. The course is flat and fast, accurately measured, and completely traffic-free.

The most remarkable feature of the Zalai futóparty, however, may be the high percentage of women. This year, over 40 per cent of the runners were ladies - much more than in most other running events! 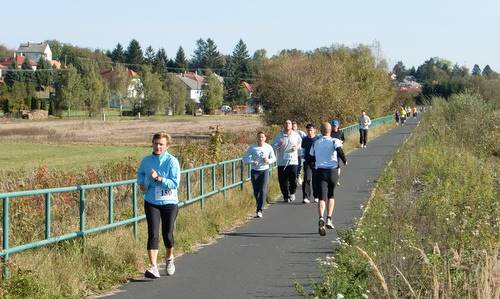 Participants ran out and back on a beautiful bike path. 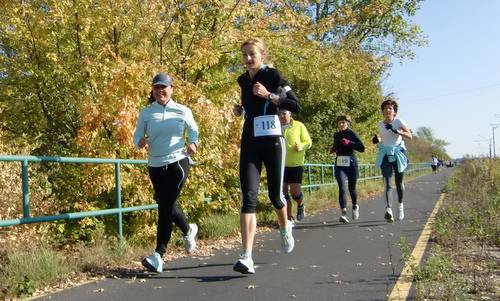 There were many women in the race.

The weather was beautiful - crisp but sunny. 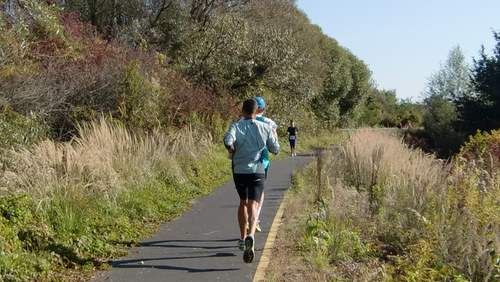 These are the half marathon leaders on their way to the finish in Bagod. 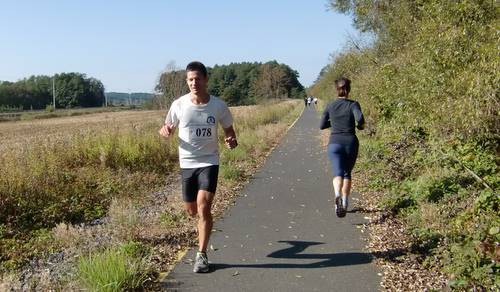 After an impressive second half, Roland Lakatos took second place in the half marathon. 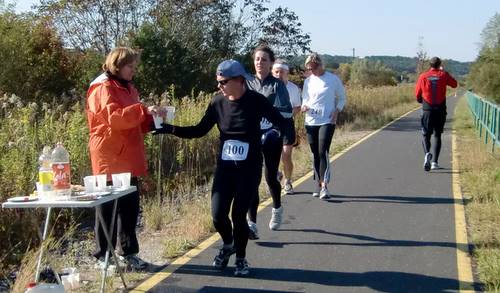 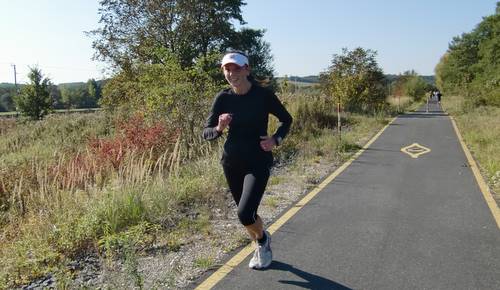 Andrea Sifterné Doszpot enjoyed the race and won the half marathon. 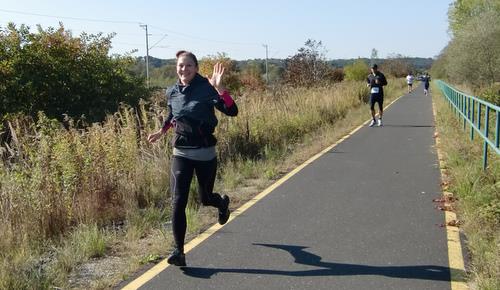 Anett Köncsöl finished third in her first ever half marathon.