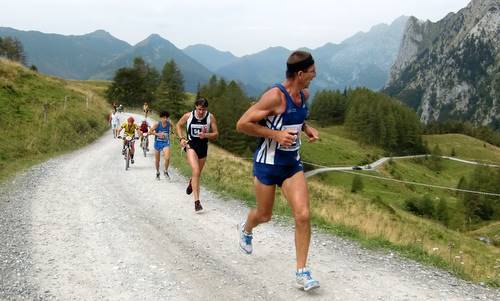 On a lovely Sunday morning in early September, over 300 runners and mountain bikers (and a large number of hikers) streamed up to the beautiful Pramosio mountain pasture in the north-east of Italy to commemorate the mountaineer Erwin Maier, who died in a climbing accident eleven years ago, aged just twenty-nine.

The start was at Erwin's home in Paluzza, a small town at the foot of the Carnic Alps, very close to the border with Austria. The finish was at an elevation of about 1500 metres, where pasta and cold draught beer taste better than anywhere else. Some participants used the opportunity to buy home-made cheeses at the mountain hut on the pasture.

The route was 11.5km, mostly on dirt roads through forest. The elevation gain was 930 metres.

The cyclists started 15 minutes after the runners. The best cyclists were a bit faster than the runners. Manuel Moro dashed across the line in a time of 51 minutes 21 seconds.

The fastest runner, Stefano Zancan, won the running race in just under 56 minutes. The 33-year-old distance runner, who holds a personal marathon record of 2 hours 21 minutes, lives in a flat low-lying region. The Memorial Erwin Maier was his first ever mountain race!

Marta Santamaria, in contrast, celebrated her fifth victory in the race (1:08:21). 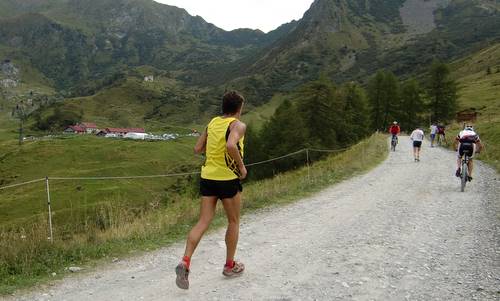 Less than 500 metres to the finish! 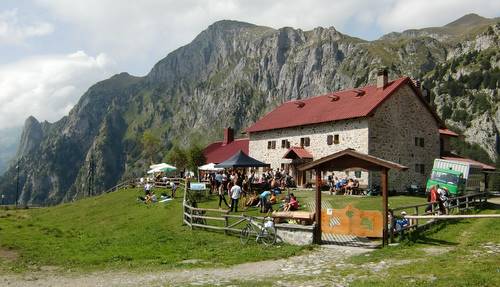 Rifugio Casera - a nice place for lunch and beer after the race. 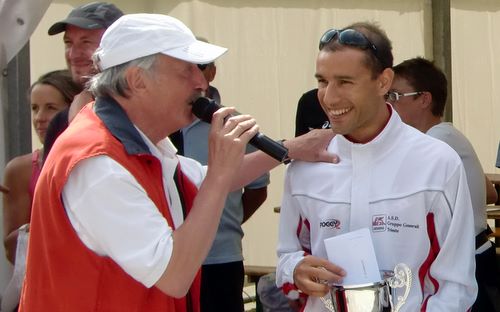 The fastest runner of the day - Stefano Zancan. 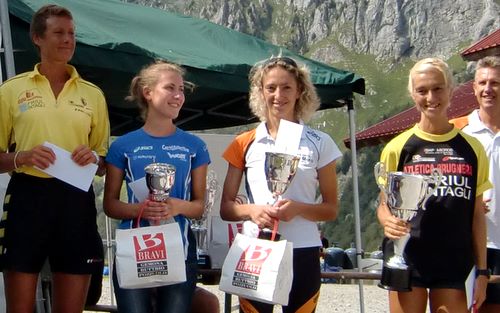