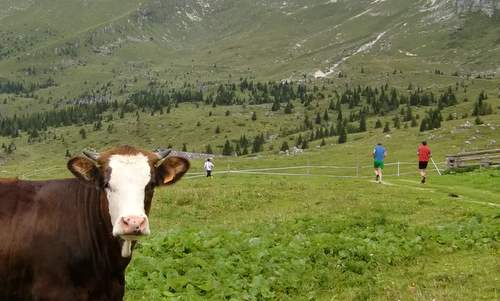 Due to a heavy shower, the start of the "Tour of the Montasio Mountain Pastures" in the far north-eastern corner of Italy had to be delayed by 15 minutes, but then participants enjoyed fine weather and stunning views of the Julian Alps.

Held annually on Assumption Day (15 August), a public holiday in many countries worldwide, the event gives athletes the opportunity to run around beautiful pastures where excellent Montasio cheeses are produced.

The start and the finish are in the Sella Nevea ski resort, which is situated at an elevation of about 1100 metres, very close to the border with Slovenia. The route is an immensely scenic 12-kilometre up-and-down loop which includes more than 500 metres of climbing.

The uphill part of the course is on trails, the downhill section on asphalt roads. Because of unstable weather conditions, the course was slightly shortened this year.

Luca Della Mea (36) from the Friuli area led the field home in a time of 51 minutes 24 seconds, just two seconds ahead of Jusuf Galled (26), a novice runner from Somalia who competed in his first ever running event!

Chiara Trevisan (34), also from Friuli, led the women home in a strong time of 1 hour 38 seconds. 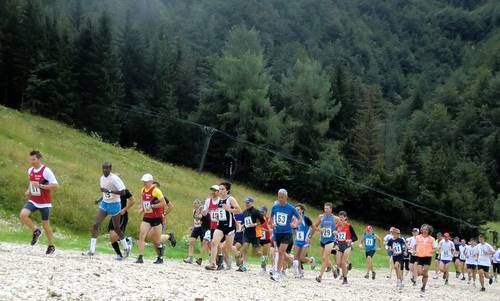 Luca Della Mea took the lead right after the start in the ski resort of Sella Nevea. 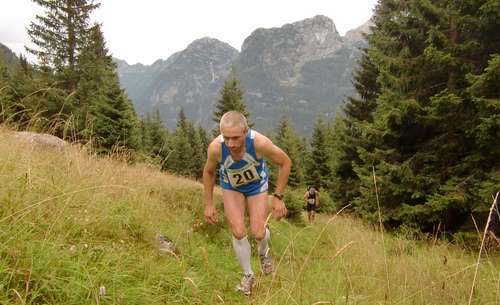 The first part of the race was uphill on steep trails. 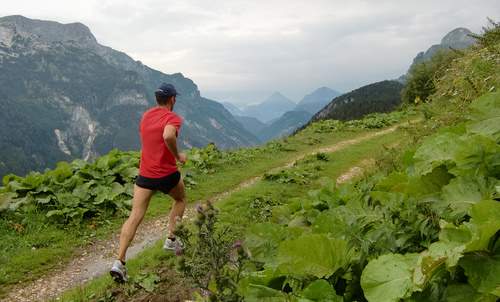 Then, the route levelled out and amazing views opened up. 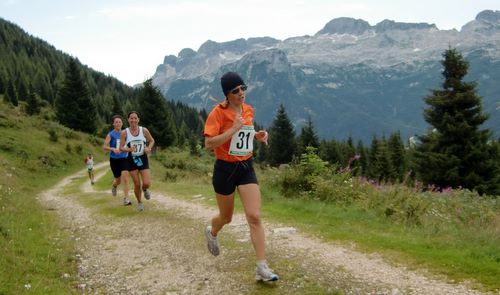 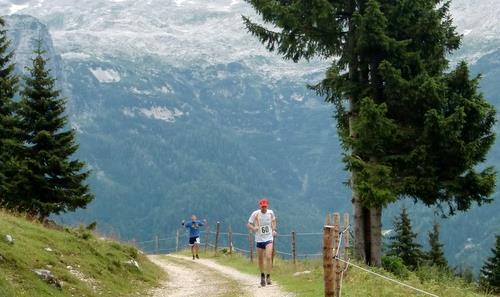 The Montasio pastures are surrounded by mountains which are over 2500 metres high. 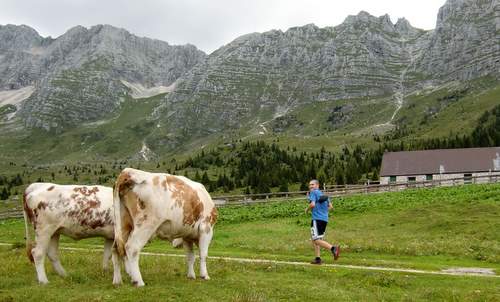 Thanks to these cows ... 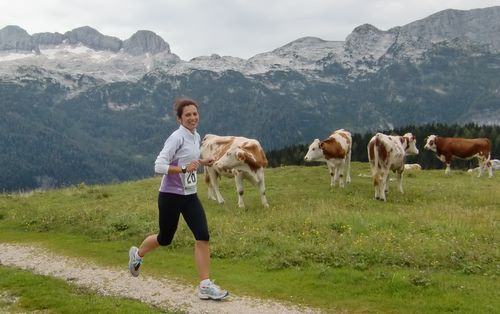 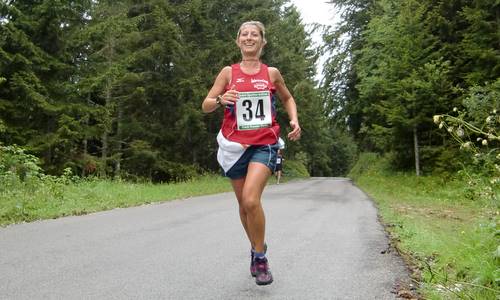 The downhill run was mostly on asphalt roads.