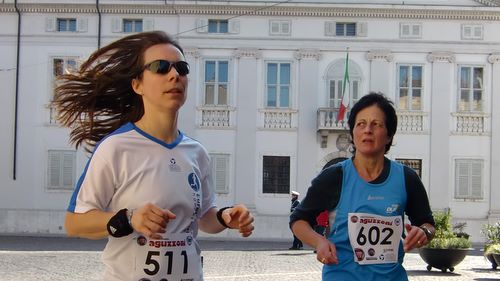 At first, Abdelhadi El Hachimi was very disappointed but at the end he took it with good humour. The 36-year-old Moroccan top runner had been the first finisher in the Maratonina di Gorizia but then, thanks to Italian sports policy, he had to watch the award ceremony from the distance.

Just shortly before the race, representatives of the Italian Athletic Federation FIDAL had told the organizers of the event that Mr El Hachimi, who lives in Belgium and runs for a Belgian athletic club, was not allowed to take part in the half marathon because it was a "national competition".

As Mr El Hachimi had arrived in Gorizia already, he decided to use the race as a training run, which he completed in an impressive time of 1:03:24, ahead of four Kenyan athletes.

The four Kenyans are members of Italian athletic clubs, and therefore they had got permission to run. Strangely enough, over 200 runners from Slovenia finished the course, as well as several runners from Croatia, Austria, and Bosnia and Herzegovina, without being affiliated with FIDAL.

The event organizers, who welcomed all runners irrespective of nationality, were clearly embarrassed about this political farce and apologized to Mr El Hachimi.

Kenya's Solomon Kirwa Yego was declared the winner in a time of 1:03:43. 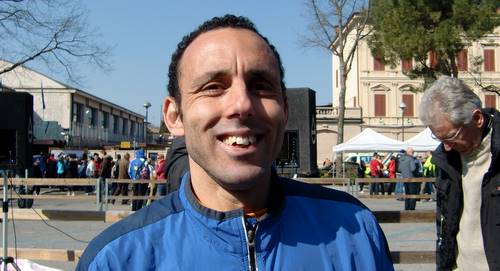 He took it with good humour - Abdelhadi El Hachimi of Morocco 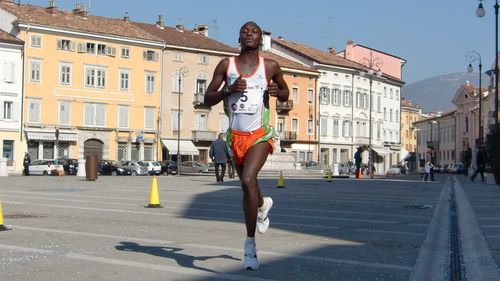 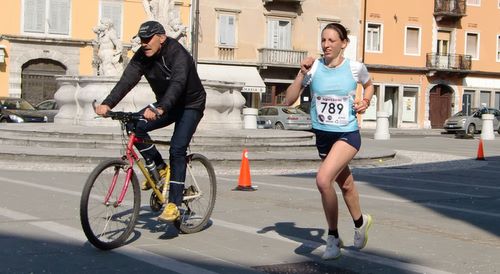 The leading group soon after the start. 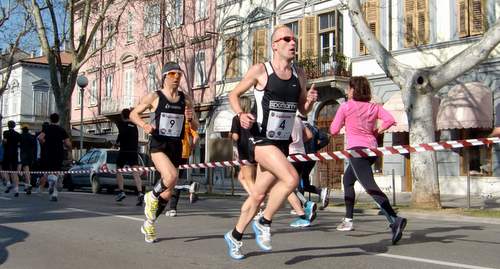 And some more photos from the course ... 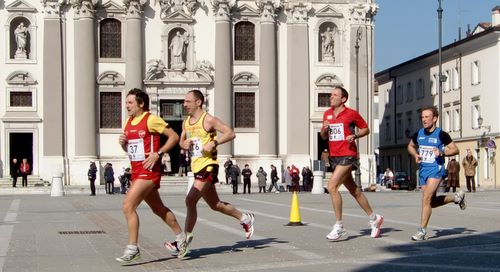 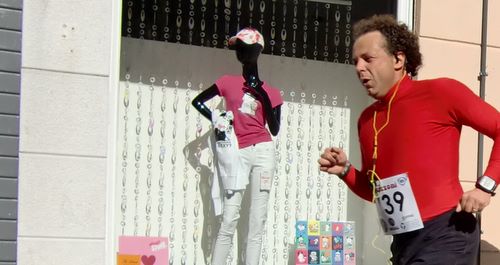 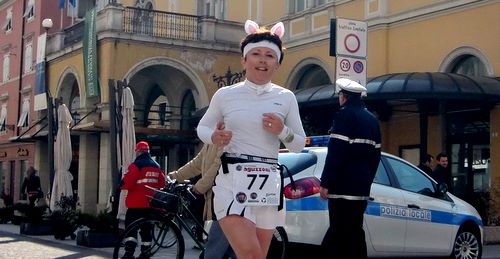