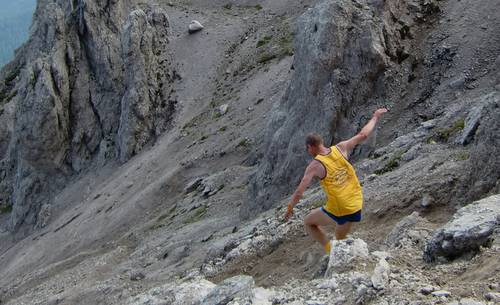 Running or hiking 22 kilometres along alpine trails through the Carnic Alps in the far north of Italy is more than enough for most ordinary mortals, in particular if the route goes almost 1,500 metres up and 1,500 metres down.

Therefore, two-thirds of the entrants to this mountain running event decided to take part in the Peralba Mini Sky Race.

Only very experienced mountain running specialists dared to tackle the 32-kilometre Peralba Sky Marathon, which featured over 3,000 metres of ascent and descent.

The marathon included a loop across Monte Peralba, a massive lump of limestone located just about one kilometre from the border with Austria. Participants scrambled up to the top of the mountain, which is at an elevation of 2,694 metres!

The start and finish of both races was in the village of Sappada, a ski and holiday resort with many pretty wooden houses.

Sappada is situated at an elevation of over 1,200 metres in a remote valley, far away from any sizeable town. It's a language island, where most inhabitants speak German as a first language.

Marmots whistled and cows rang their bells when runners passed. Those participants who took their time on the course could also spot some chamois.

On a beautiful and very warm day (the skies opened up at the award ceremony in the afternoon), Matteo Piller Hofer defended his sky marathon title in a fine time of 4:02:02. First woman home was Francesca Domini in 5:27:03. 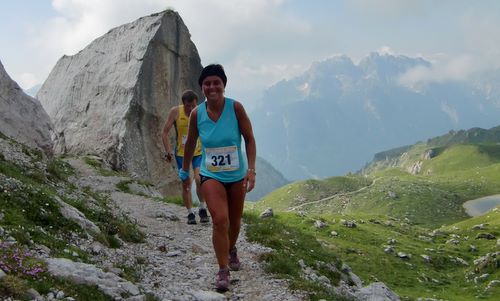 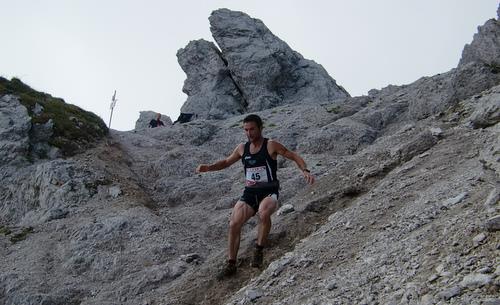 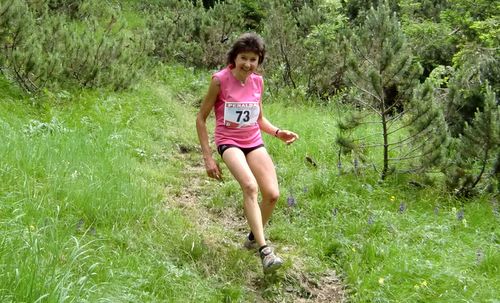 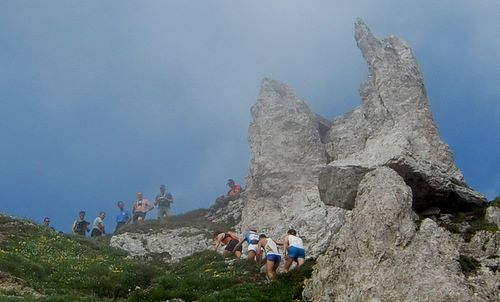 Participants approach Passo del Mulo, the highest point on the course at 2,356 metres above sea level.