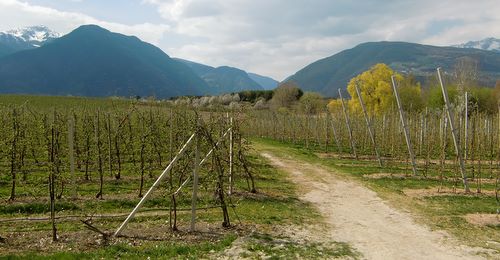 The scenic Blütenlauf travels around the Apfelhochplateau Natz-Schabs, an apple-growing plateau in South Tyrol. Although in Italy, German is the prevalent language in this alpine province.

With about 130 finishers it's a relatively small event, held in a traditional atmosphere. It's organized by the local fire brigade which celebrates its 100th jubilee this year, and it features live music by the folk group "Etschland Express".

Participants have the choice between the 8.3km and the 12.6km race.

The route is very undulating. The start and the finish are at an elevation of 830m in the village of Raas. The highest point on the course is at 911m above sea level.

Participants run through blossoming apple orchards, a wood, and several villages. Most of the course is on trails and dirt roads. Some sections are on minor roads. The panoramic views are marvellous. 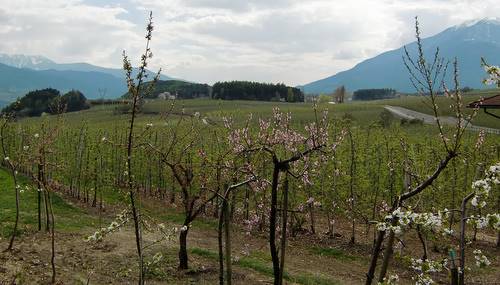 Start and finish: Festplatz in Raas

Entries: online, payment on the day; late entries on the day

You get: goody bag, pasta party after the race