14th Race "Along the Valley of the Cardinals" 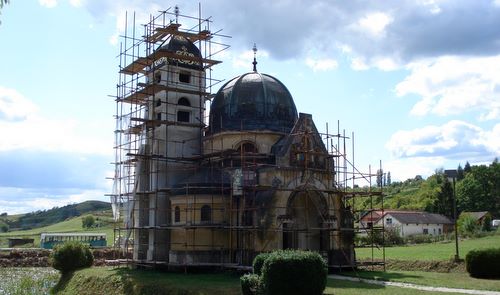 The route passes the Greek Catholic church in Pribić.

This 23.4km road race in Croatia follows a hilly and scenic route through the Žumberak, a delightful region of steep wooded hills, vineyards, small plots of farmland, and isolated villages.

Although it's a relatively small event with around 100 finishers, many strong runners from Croatia and neighbouring countries have attended the race in the past. In 2009, the winners were Ashenafi Erkolo of Ethiopia (1:18:25) and Slovenia's Ida Šurbek (1:41:39).

The event is staged in the village of Krašić, located 50 kilometres to the south-west of Zagreb.

The start and the finish are on the main square  - a nice place to hang around in one of the pavement cafés and watch village life.

After two kilometres competitors pass a wonderful Greek Catholic church, built on a little islet. Then, the route winds its way up and down the hills and through a series of tiny villages.

The course is not traffic-free but traffic is usually very limited.

Krašić is an important Croatian pilgrimage centre. The race is held in honour of two cardinals and two bishops who were all born in the area and whose birthplaces are on the route.

One of them, cardinal Alojzije Stepinac, born in 1898 and beatified by the pope 100 years later, had been archbishop of Zagreb during World War Two. He was imprisoned by the communist regime for five years and then put under house arrest in Krašić until his death in 1960. 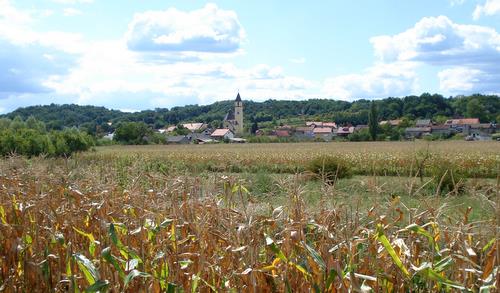 Start and finish: on the main square in Krašić

Entries: on the day This e-mail address is being protected from spambots. You need JavaScript enabled to view it

Race centre: at the football ground of NK Krašić (on the day until 14.00)

You get: finisher T-shirt, medal, a warm meal after the race

Free bus from Zagreb to Krašić: at 11.00 from the car park at the basketball centre 'Dražen Petrović' (Andrašecova ulica); return after dinner