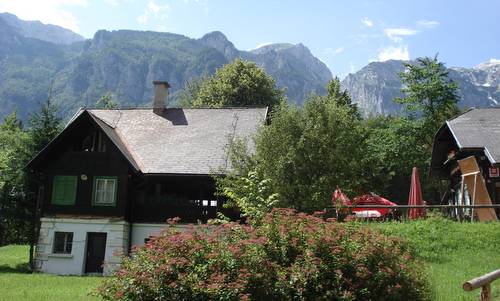 The Gorski tek na Grintovec in Slovenia is an international mountain running event that has attracted the world's best mountain runners.

With 1,959 metres of ascent over a 9.8-kilometre route, it's an extremely demanding uphill race.

The start is at an elevation of 600 metres in the Kamniška Bistrica gorge, approximately 36 kilometres north of the city centre of Ljubljana.

The finish line is at 2,558 metres above sea level on the summit of Grintovec, the highest peak of the Kamnik-Savinja Alps.

The first part of the race is run on gravel roads and trails through dense forests.

Then, competitors run on steep mountain trails and on loose scree through unspoilt and spectacular high-alpine scenery.

There are six aid stations on the course and one at the finish, but there are no facilities on the summit of Grintovec, no roads or cableways, no shelter, nothing but bare rocks.

Finishers have to walk back to the mountain hut on Kokrško sedlo (Kokra saddle, 1,793 metres) to get their personal clothing, and then they have to walk all the way back to the start area as well — a real challenge after such a gruelling run.

The time limit to finish the race is two and a half hours. It is not allowed to use hiking poles.

The 20th running of the event, which was held on 28 July 2019, was the last Grintovec Mountain Race organized by KGT Papež (Klub Gorskih Tekačev Papež).