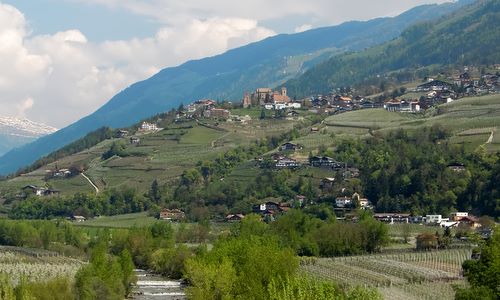 Starting in the village of Schenna (Italian: Scena; pictured) and finishing in the ski area of Meran 2000, the race features 1,300 metres of ascent over a 10-kilometre course.

The first part of the route is on asphalt roads but most of the race is run on gravel roads, trails and ski slopes.

Many international elite mountain runners have taken part in the event.

As far as we know, this Berglauf was last held in September 2016.