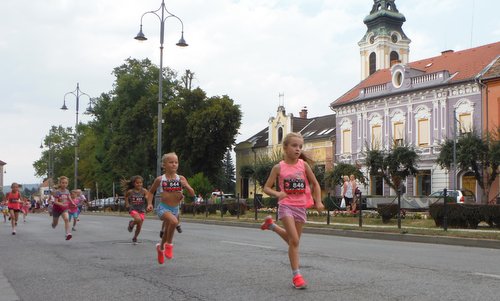 The Szentgotthárdi csata emlékfutás (Szentgotthárd Battle Commemoration Run) is held in remembrance of the Battle of Saint Gotthard, a decisive battle of the Austro-Turkish War.

Fought on 1 August 1664 on the banks of the Raba river between the town of Szentgotthárd (Hungary) and the village of Mogersdorf (Austria), the battle saw Habsburg forces of around 25,000 men defeating a roughly 50,000-strong Ottoman army marching towards Vienna.

The event comprises races for runners of all ages and abilities:

Starting and ending at the Baroque church of the Szentgotthárd Abbey, the 9.5k race features an out-and-back course which takes the runners across the Raba and the border with Austria and then up the Schlößlberg hill (90 metres of ascent).

The turnaround point is at the 15-metre high concrete cross of the Monument to the Battle of Saint Gotthard (pictured below).

Most of the route is on asphalt roads. A short section across the former Iron Curtain is on gravel. 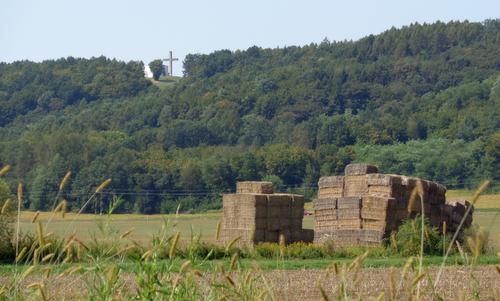 Number of finishers in the 9.5km race: 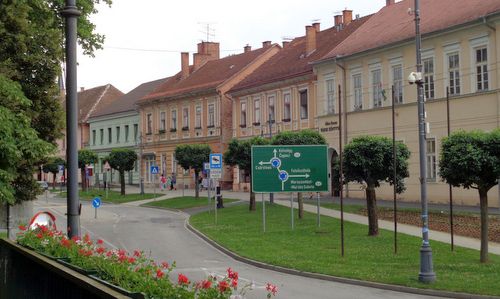 The Csatafutás starts and ends in the town centre of Szentgotthárd.