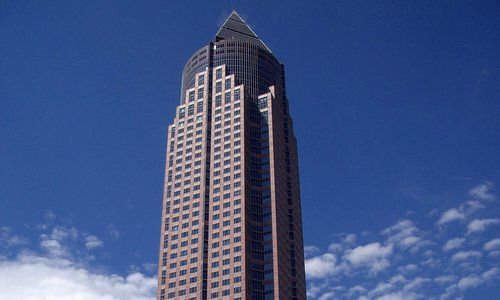 The Frankfurt Marathon is a road running event held annually in late October in Frankfurt am Main, the fifth-largest city in Germany with a population of more than 750,000.

Regarded as one of Europe's most prestigious marathon races, the event has attracted a large number of world-class athletes.

The 42.195km route begins and ends at Messe Frankfurt, one of the largest trade fair grounds in the world.

The start line is on Friedrich-Ebert-Anlage at the foot of the 257-metre-high Messeturm (pictured above). The finish line is inside the Festhalle, a multi-purpose hall with a magnificent steel-and-glass dome, completed in 1909.

With a difference of about 28 metres between the lowest and the highest point on the course, the route is generally flat and fast, and many runners have set a personal record in Frankfurt.

The race is open to marathon runners and relay teams of four.