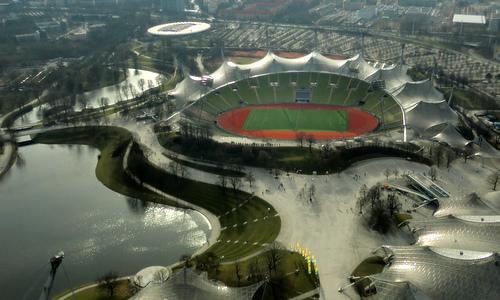 Held annually in April or May in the Olympiapark, which was built for the Olympic Games 1972 in the northern part of Munich, the Halbmarathon München offers three races:

Starting and finishing at the Olympiastadion (Olympic Stadium, pictured), the route is an undulating 5km loop on asphalt paths through the park.

It's a scenic course that passes many sports venues, as well as the former Olympisches Dorf (Olympic Village).

The difference between the lowest and the highest point on the course is ten metres. Each lap features twenty metres of ascent.

Participants in the half marathon run four laps of this course, plus a 1.1km loop at the end.