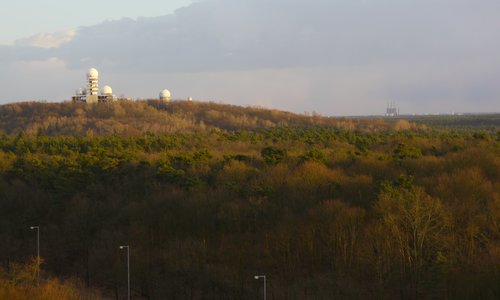 The Berliner Silvesterlauf (Berlin New Year's Eve Run) is held in the Grunewald, a vast forest in the western part of Berlin, capital of Germany.

All races start and end at the Mommsenstadion, a football and athletics stadium (and a protected monument) which opened in 1930 and which hosted a number of football matches of the 1936 Olympic Games.

The 2k is one lap and the 4k is two laps of a flat course.

The 6.3k and 9.9k races, however, are challenging multi-terrain courses. The route offers fine views of the cityscape in the distance as it takes the runners up and down the slopes of two hills, the Teufelsberg (pictured) and the Drachenberg. Both are man-made hills built of rubble after World War Two.