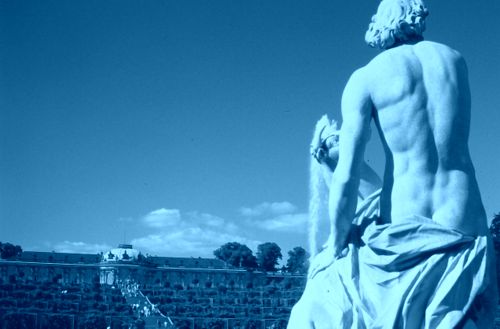 Both routes begin and end at the athletics track of the Sportpark Luftschiffhafen on the western shore of the Templiner See—one of twenty lakes in Potsdam.

Competitors run through landscaped parks and gardens, alongside lakes, past the Brandenburg Gate triumphal arch (not to be confused with the famous one in Berlin), across Glienicke Bridge (where the Soviet Union and the United States exchanged a number of spies during the cold war), past Schloss Cecilienhof (the palace where Churchill, Truman and Stalin met after World War Two for the Potsdam Conference), through Alexandrowka (a small Russian enclave with lovely wooden houses), and finally through Park Sanssouci with its magnificent palaces—the summer retreat of Frederick the Great, King of Prussia.

The time limit to complete the course and marvel at all the beautiful sights along the route is three hours.