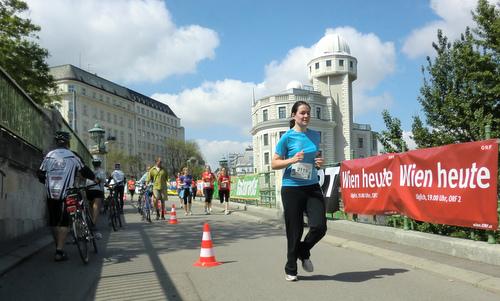 The Landstraßer Bezirkslauf is a running event held in Landstraße, the 3. Bezirk (third municipal district) of Austria's capital Wien (Vienna).

The event is also known as Donaukanallauf as the race takes the runners along the Donaukanal (Danube Canal) which flows through Vienna's city centre.

There are two race distances for runners to choose from:

The route runs on riverside cycleways along both banks of the canal, starting and ending at the tiny Herrmannpark.

Located next to the Urania observatory on the edge of the inner city, the park has been named after Emanuel Herrmann who is known as the inventor of the postal card. 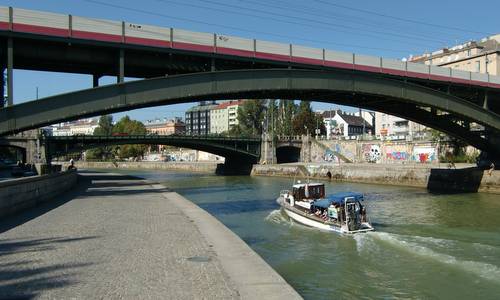 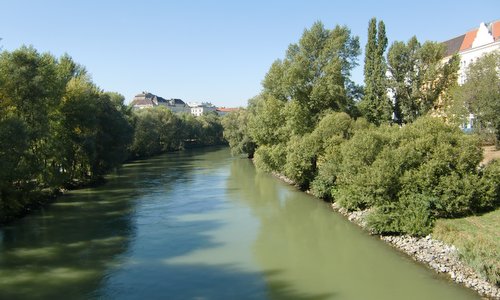