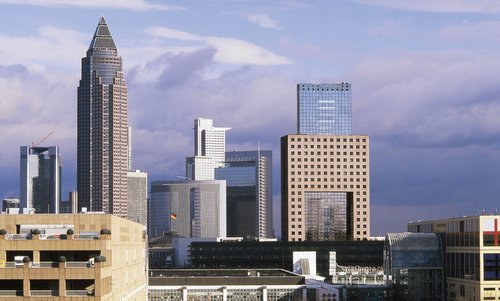 The Frankfurt Marathon is one of Germany's most popular marathon races.

It is held annually in late October on the streets of Frankfurt am Main, the fifth-largest city in the country with a population of more than 730,000.

With a difference of 28 metres between the lowest and the highest point on the course, the route is not completely flat. Nevertheless, the Frankfurt Marathon is regarded as one of the fastest and most prestigious marathons in Europe. Many runners have set a personal best time in the race.

The single-loop course begins and ends at the Messe Frankfurt, the world's second-largest trade fair grounds, situated around two kilometres west of the historic city centre.

The finish is inside the Festhalle, a more-than-100-year-old multi-purpose hall with a magnificent steel-and-glass dome.