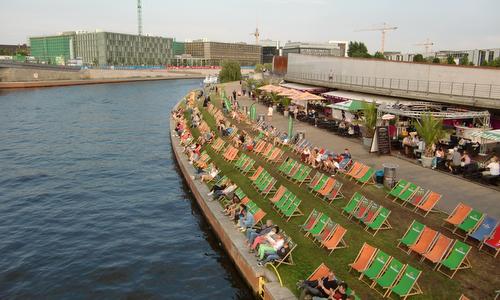 The Lichtenauer Wasserlauf in Germany's capital Berlin offers a 10k race (two laps), a 5k (one lap) and an 800m run for children

The route is a very scenic loop through the Regierungsviertel (government quarter).

Participants run along both banks of Spree, passing many impressive sights, such as the Reichstag building, the Hauptbahnhof (Central Station) and the Bundeskanzleramt (German Chancellery), one of the world's largest government headquarters buildings: 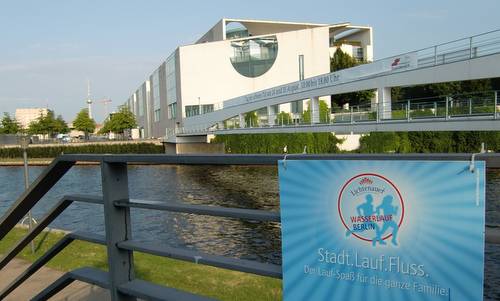 On the women's side, German-Palestinian top runner Mayada Al-Sayad, in preparation for the Olympic marathon in Rio, ran both the 5k and the 10k. She won both races in style, warming up over the 5k (18min 19sec) and pushing a bit more over the 10k (35min 48sec), which earned her 2nd place in the 10k overall ranking.

Entries: online; late entries on the day (up to 30 minutes before the start); entry limit: 1,500 runners

Timekeeping: transponder timing: € 5 deposit for the bib and for the transponder (fully refundable)

You get: refreshments on the course and at the finish; certificate (online)

Prizes: to the first three men and three women in each race