Rijeka Marathon and Half Marathon 2017 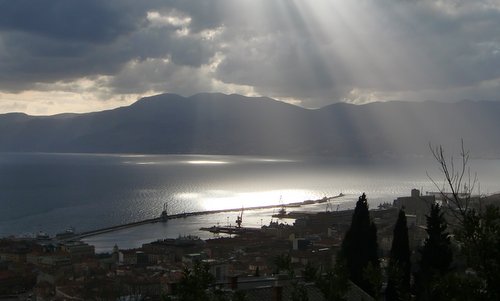 The 2nd Rijeka Marathon (Croatian: Riječki maraton) and the 16th Rijeka Half Marathon (Riječki polumaraton) are scheduled to be held on 23 April 2017, one week after Easter, at the beginning of the tourist season on the Adriatic coast.

Set in the port of Rijeka, Croatia's third-largest city with a population of about 130,000, the event also features a 10k race, a half marathon relay for teams of three runners, and a 1.8k fun run ("Homo si teć").

Starting and finishing on Korzo, Rijeka's pedestrianized main shopping street, the race takes the runners out and back in three different directions.

For the first seven kilometres, the race goes out and back, partly through long road tunnels, into the karstic landscape east of the city.

The next three kilometres are run through the harbour and along the molo longo breakwater (pictured above).

Half marathon and marathon runners then run westwards along the coast, ... 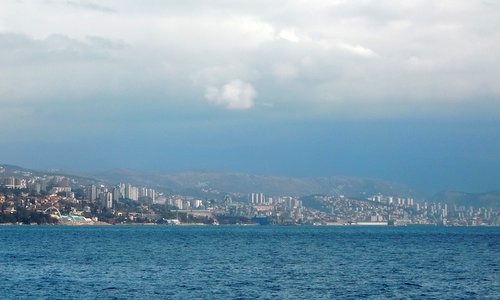 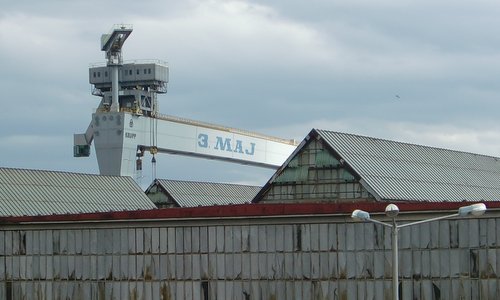 The half marathoners turn around at the Kantrida football stadium ... 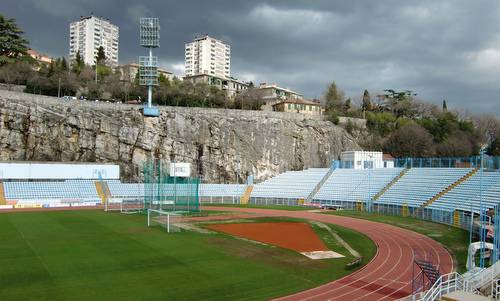 ... whereas the marathoners keep running all along the Kvarner Bay to the truly beautiful seaside resort of Opatija: 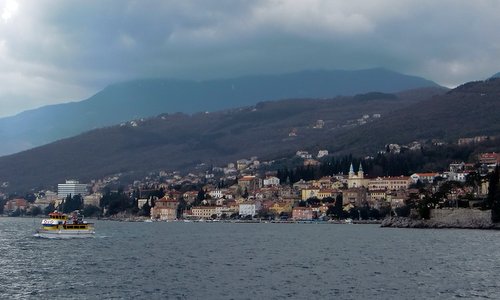 Start and finish: Korzo (in the city centre of Rijeka)

You get: sardelica party (anchovy party, Saturday 19.00-21.00), technical T-shirt, a meal after the race, changing facilities (in tents); bus service for relay runners

Prizes (10km): vouchers to the first 3 in each age group