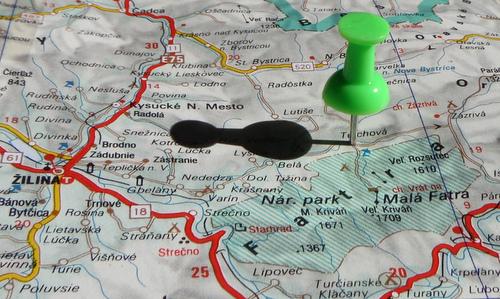 The Terchovský polmaratón (Terchová Half Marathon) takes runners deep into the Malá Fatra mountain range in the north-western part of Slovakia.

Participants can choose between two highly-scenic and challenging out-and-back road races — the 10k or the half marathon. The 10k includes 130 metres of ascent, the half marathon almost three times as much (370 metres).

Both races begin and end in the centre of the village of Terchová which sits in a beautiful green valley at the foot of the range, about 24km east of Žilina, the fourth-largest city in the country.

The route takes the runners southwards along the Varínka river, through the spectacular Tiesňavy canyon and along the picture-postcard Vrátna dolina (Vrátna Valley), the most popular tourist destination in the Národný park Malá Fatra (Malá Fatra National Park). It also visits the pretty village of Štefanová, which is situated in a side valley of the Vratná dolina.

The turnaround point for half marathon runners is at the cable car station at the foot of Veľký Kriváň (1,709m), the highest peak of the mountain range.

The course is closed to traffic for the time of the race.

Held in a region where traditions are kept alive, you may see girls and boys in beautiful folk costumes, and listen to live folk music after the race.

Watch this video to get an impression of what to expect.

Start and finish: at the obecný úrad (municipal office)

You get (10km, 21km): refreshments on the course, finisher medal, goulash and drinks after the race; T-shirt to the first 400 entrants (with payment up to 2 October 2016)