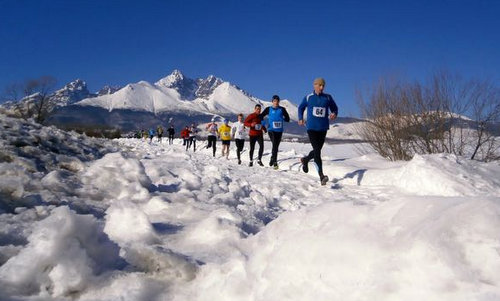 The series is held annually between November and February. At least in January and February you can expect snow or ice on the course.

The first three races take place on the slopes of the mountain range, at elevations between 700 and 1,000 metres. The fourth and final race of the series is held high up in the mountains at the Horský hotel Sliezsky dom, which is situated at 1,670 metres above sea level at the Velické pleso lake — a truly spectacular location!

Entry fees for each race:

Entry fees for the whole series: