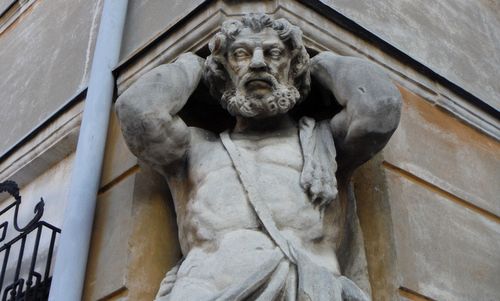 This Night Run offers a 10k race, a 5k charity run and children's races through the city centre of Nitra, an old city of 78,000 people in western Slovakia.

The 10k consists of two laps of the 5k course which takes the runners along the pedestrianized main street in the Old Town, across the spacious main square, through the pleasant Town Park at the foot of the castle rock and along the Nitra river.

The course is mostly flat, except for a short climb to the cobbled Pribina Square in the Upper Town where the route passes the statue of the legendary blacksmith Corgoň (pictured) who fended off an Ottoman attack on Nitra (and later lent his name to the local beer).

During the race it is mandatory to wear a headlamp.