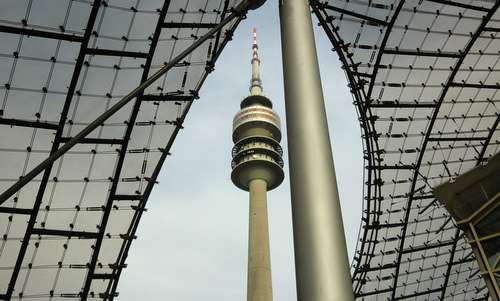 The Sommernachtslauf München takes place in the Olympiapark which was created for the Olympic Games 1972 in Munich.

Two races are on offer (6km, 10km), both starting at 7.30pm on the Aufwärmplatz (warm-up athletics track) next to the Olympiastadion (Olympic Stadium).

Participants can still decide during the race which distance they want to run.

The 10km race consists of two laps of an undulating course which offers fine views of the Olympiasee (Olympic Lake), the Olympiaturm (Olympic Tower, pictured) and of the many sports venues in the park.

You get: chip timing, drinks on the course and at the finish; finisher T-shirt (not guaranteed for entries after 15 June 2015)