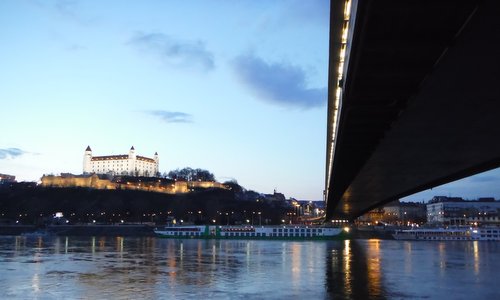 The race begins at the University of Economics in the eastern part of Bratislava and ends at the Botanical Garden in the western part of the city.

The route crosses four enormous Danube bridges—Prístavný most, Most Apollo, Most SNP, and Most Lafranconi.

Start: at 10.00 at the Ekonomická univerzita, Dolnozemská cesta 1, Petržalka, Bratislava

Finish: at the Botanical Garden at the northern end of Most Lafranconi (Lafranconi Bridge)

You get: transport of personal clothing to the finish, chip timing, medal, tea at the finish, entry into the post-race prize drawing