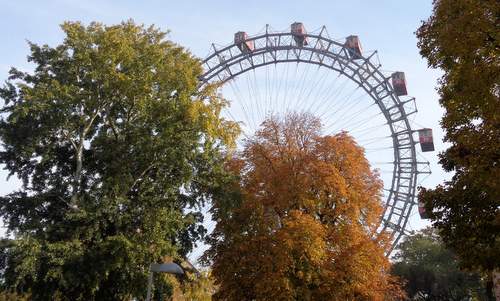 Like many other running events organized by the athletics club LCC Wien, the Adventlauf takes place in the Prater, the largest public park in Vienna.

The Prater is home to many sports venues, for instance to the Ernst-Happel-Stadion (Austria's main stadium), as well as to the ‘Wurstelprater’ amusement park with its famous Riesenrad (pictured).

You get: fruit, snacks and drinks; showers, changing facilities, sauna; medal to all 3km runners

Prizes (3km): to the first 3 finishers

Prizes (10km): trophies to the fastest finishers in each age group