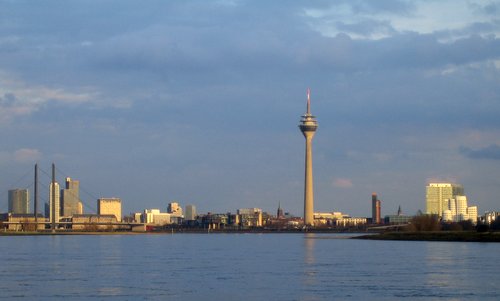 This popular marathon race takes runners on a tour of Düsseldorf, a prosperous city of about 600,000 residents, situated in the Rhine-Ruhr metropolitan region in the far west of Germany.

The race begins on the right bank of the mighty River Rhine in front of the Ehrenhof cultural centre, an expressionistic complex of buildings which houses the ‘Museum Kunstpalast’ art museum and the ‘Tonhalle’ concert hall.

The route consists of four different flat-to-gently-undulating loops. At first, competitors run along the Rhine to the northern part of Düsseldorf, then across the river to the western part of the city, then to the east, and finally to the south.

The finish line is also on the right bank of the river, but about 1km further south on the edge of the Altstadt with its many bars, restaurants, and beer halls.

The time limit to finish the marathon is six hours.

Start: Joseph-Beuys-Ufer 33 (at the Ehrenhof)

You get: finisher medal, free use of public transport in Düsseldorf on the day of the race