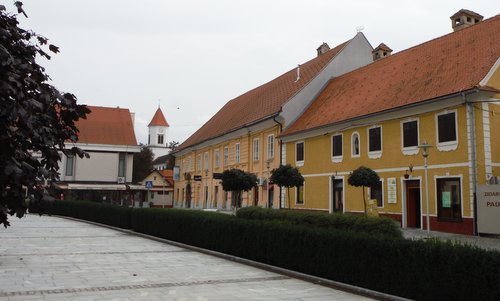 The Ormoški ulični tek is held on the eve of the Slovene Statehood Day which is celebrated every year on 25 June to commemorate Slovenia's declaration of independence from Yugoslavia in 1991.

Starting and finishing on the main square of Ormož (pictured), a pleasant small town on the Slovenia-Croatia border, women run five laps (4km) and men run six laps (4.8km) of an undulating course through the town centre, which is situated on a terrace high above the River Drava.

Every year, the event attracts a number of very fast road runners.

In 2013, Hungary's elite runner Barnabás Bene won the men's race in a time of 13min 55sec. His compatriot Zita Kácser was the fastest lady in 13min 47sec.

Start and finish: on the main square of Ormož

You get: T-shirt; drinks

Prizes: to the first 8 men and 5 women