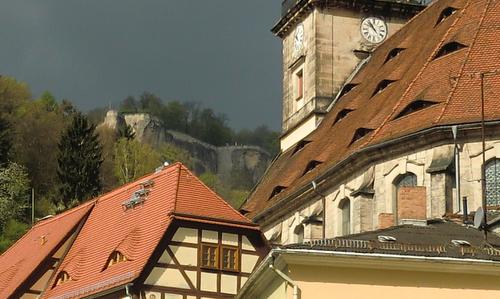 More than 550 runners took part in the event last year.

The race begins with a loop through Königstein, a small town situated on the River Elbe near the border with the Czech Republic, and ends in the Festung Königstein, one of Europe's largest and most impressive hilltop fortifications.

The course commands stunning panoramic views over the Elbe River Valley and the Sächsische Schweiz ('Saxon Switzerland') with its fairy-tale rock formations.

Finish: in the Festung Königstein

Entries:  online or by post or e-mail (up to 6 August 2014); payment by bank transfer or in cash on the day; late entries on the day (up to 30min before the start)

You get: transport of personal clothing from the start to the finish, certificate; free shuttle bus service from the 'Parkhaus Am Malerweg' (800m from the fortress) to the start area and after the race from the Festung Königstein to the Parkhaus

Award ceremony: 20.00 on Marktplatz in the Festung Königstein