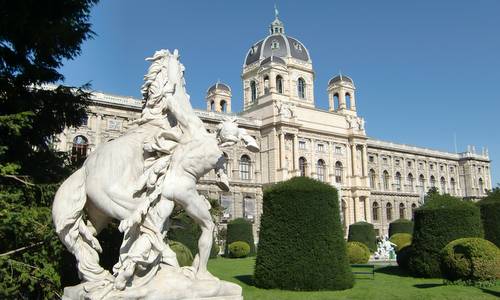 The Vienna City Marathon attracts an ever-growing field of runners. More than two months before the event, which is to be held on April 13, 2014, entries had to be closed. All tickets for the marathon (9000 runners), for the half marathon (11000 runners), and for the relay race (2500 teams of four runners each) have been sold.

Starting at the Vienna International Centre (also known as ‘UNO City’), an imposing complex of office blocks and towers on the River Danube, the route passes a large number of Vienna's best sights, for instance the famous Ferris Wheel in the Prater park, the Schönbrunn Palace, or the grand buildings on the imperial Ringstrasse.

The finish line is at the Hofburg, formerly the residence of the Habsburg Monarchy.

The course is more or less flat. The difference between the lowest and the highest point on the course is approximately 44 metres but the elevation changes are not really significant and there are few twists and turns.

Start: at 9.00 on Wagramer Strasse