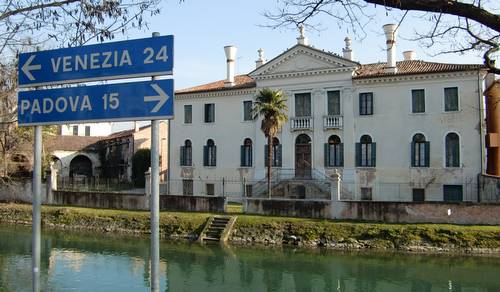 The Maratonina Riviera dei Dogi features a flat, fast and scenic half marathon course along the 'Riviera del Brenta' in the Province of Venice in northern Italy.

Participants run along both banks of the Brenta Canal which connects the cities of Padua and Venice. The canal is home to approximately 100 villas, built by the Venetian aristocracy between the sixteenth and the eighteenth century.

The start/finish area changes from year to year. In 2014, the event will be staged in the small town of Stra near Padua.

The time limit to complete the course is 2hr 30min.

Entries: online or by fax or e-mail; late entries until 12noon on 5 April 2014 if race limit of 2500 entries has not been reached; entrants from Italy may have to provide a medical certificate at registration; runners not living in Italy must be registered with a recognized athletics club

You get: a sweatshirt, chip timing, pasta party

No guarantee is made as to the accuracy or thoroughness of the information on this page..