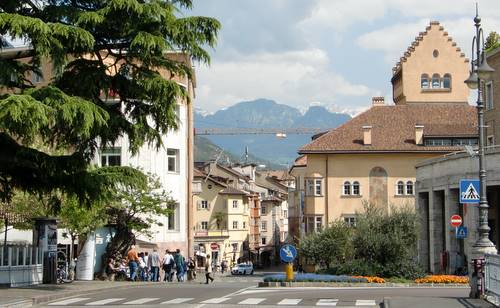 Participants in the 12k race will run through Bolzano's Old Town ... 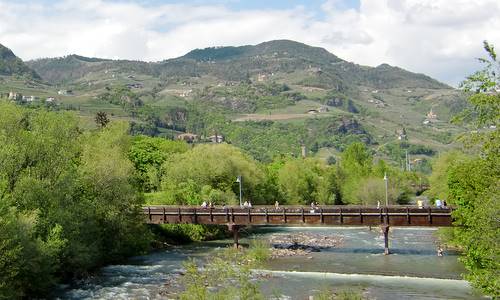 ...and along both banks of the River Talvera.

The Vivicittà attracts around 500 runners to Bolzano-Bozen, capital of Italy's alpine province of Alto Adige-Südtirol.

The event offers a 12km race and a non-competitive 4km fun run.

Entrants must provide a medical certificate at registration if they want to take part in the 12km race. The 4km fun run, however, is open to all runners.

Both routes begin and end on the athletics track of 'Stadio Druso' which is situated at the junction of two rivers — the Isarco and the Talvera.

The 4km run takes runners on roads and cycleways along both banks of the River Talvera. Participants in the 12km race will also run along the River Isarco and through Bolzano's Old Town with its picturesque medieval arcades.

The Vivicittà is held every year simultaneously in approximately 40 cities all over Italy, promoting sport per tutti ("sport for everybody"), respect for the environment, peace, and the dialogue between cultures.

Entries: advance entries by fax or e-mail; late entries on the day

You get: a souvenir gift