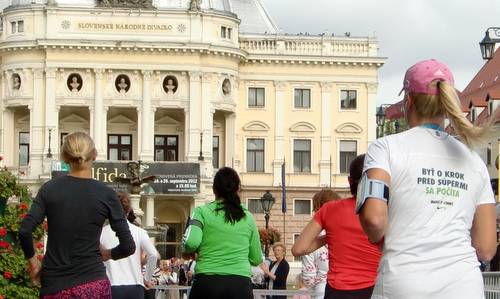 The new course, which was introduced last year, is AIMS-certified, traffic-free, and mostly flat and fast. The full marathon consists of two equal laps.

Participants run along the River Danube, through the city centre, and out and back to the eastern city limits, passing many historic and modern buildings en route.

All races start and finish at the Eurovea Galleria shopping mall on the River Danube — a fine place to relax in one of the many riverside cafés after the run.

You get: pasta party (on Saturday), chip timing, finisher medal; entrants can order an adidas T-shirt for € 18

Prizes (42km): to the first 10 men and women; category prizes

Prizes (21km): to the first 6 men and women; category prizes