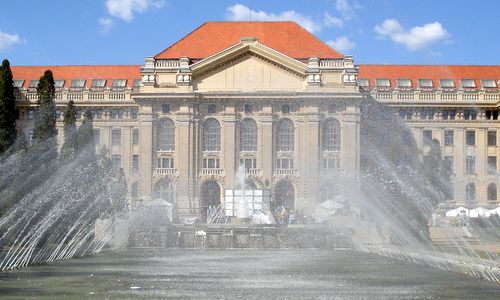 Debrecen University is situated in the Great Forest Park

The Oxigén Nagyerdei Maraton takes place on the sandy trails of the Nagyerdő (‘Great Forest’) which is situated on the northern edge of the city of Debrecen in eastern Hungary.

Entrants can choose between the half marathon or the marathon. All entries are free!

Participants in the 42.2-kilometre marathon run eight laps of a gently undulating course through the forest. The half marathon consists of four laps.

Last year the event was held in November. Around 300 runners from four countries took part in the races.