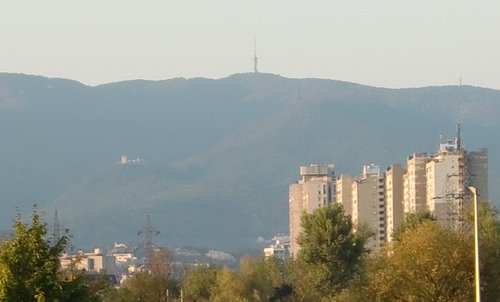 The Sljemenski maraton is a mountain running event in Croatia's capital Zagreb.

Entrants can choose between the 4km run, the 14km race, or the 42.2km marathon, with the option to run the marathon as a relay team of three runners. One member of each team must be of the opposite sex.

All races begin and end at the radio transmission tower on top of Sljeme (1035m), the highest peak of Mount Medvednica which rises to the north of the city.

You can get to Sljeme by car or public bus from Zagreb.

The route is a 14km loop on woodland trails. The first half is downhill, the second half uphill. Each lap includes 383 metres of descent and 383 metres of ascent!

Over 300 runners from six countries took part in the event last year. The fastest marathon finishers were Goran Murić (3:22:54) and Veronika Jurišić (3:45:08).

Start and finish: at the radio transmission tower on the summit of Sljeme

You get (14km, 42km, relay): T-shirt, lunch after the race, entry into the post-race prize drawing; medal to all marathon finishers