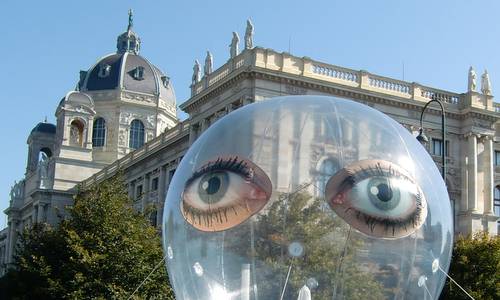 There will be plenty to see along the marathon course — the Museum of Art History, for instance.

The Vienna City Marathon attracts an ever-increasing field of participants. In 2012, more than 11000 ran the half marathon, almost 6000 completed the marathon, and around 2800 teams took part in the marathon relay.

All races begin at the Vienna International Centre (also known as ‘UNO City’), an imposing 1970s complex of office blocks and towers on the River Danube.

The course is not completely flat—the difference between the lowest and the highest point on the course is 44 metres—but the elevation changes are not really significant, and there are few twists and turns.

The route is very attractive as it passes a large number of Vienna's landmarks, for instance the famous Ferris Wheel in the Prater park, the Schönbrunn Palace, and the grand buildings on the imperial Ringstrasse. The finish line is at the Hofburg, formerly the residence of the Habsburg Monarchy.

The entry fees are impressive as well—from 57 to 98 euros for the marathon, not including the timing chip, the event T-shirt, or the carbo-loading party.

You get: transport of personal clothing from start to finish