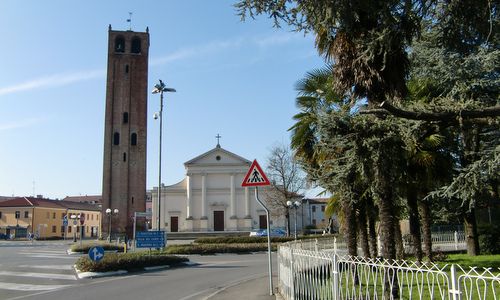 Runners and ramblers with a keen interest in Roman history will be particularly interested in the Marcia sul Graticolato Romano, a non-competitive run or walk across the Venetian Plain in the north-eastern part of Italy.

The start and the finish are in the municipality of San Giorgio delle Pertiche, approximately 18 kilometres from the city of Padova (Padua) and 45 kilometres from Venezia (Venice).

Each route is one lap on mixed terrain (gravel and asphalt roads) through fields and villages on the Graticolato Romano (‘Roman Grid’), an area that serves as a prime example of Roman regional planning.

In the first century BC, this agricultural land was divided into a geometric pattern of squares, which were then split into farms for the settlers. The grid street plan is still visible on the map and on this satellite image.