Every year, thousands of spectators line the course of the Weimarer Stadtlauf, held in the historic city of Weimar, "Stadt der deutschen Klassik" and a UNESCO World Heritage Site.

The route is a mildly undulating 5225-metre loop through the old town (on asphalt and cobbles) and through the English-style "Park an der Ilm" (on gravel footpaths).

Weimar is a city of about 65,000 people, situated amid rolling countryside in Germany's state of Thuringia.

Its cultural heritage is immense. Many literary and artistic geniuses like Goethe and Schiller (pictured above), Cranach, Bach and Liszt worked in Weimar, and in 1919 the famous Bauhaus art school was founded there. 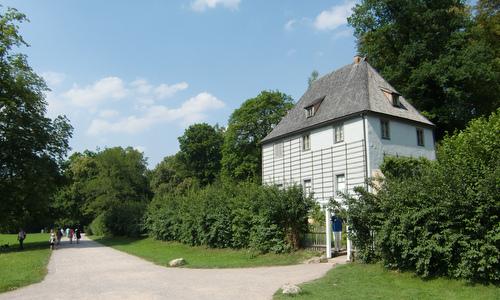 Runners will pass Goethe's Gartenhaus in the "Park an der Ilm".

Start and finish: Goetheplatz in Weimar

Race centre: "congress centrum neue weimarhalle", UNESCO-Platz 1 (on the day before the start)

You get: T-shirt, chip timing