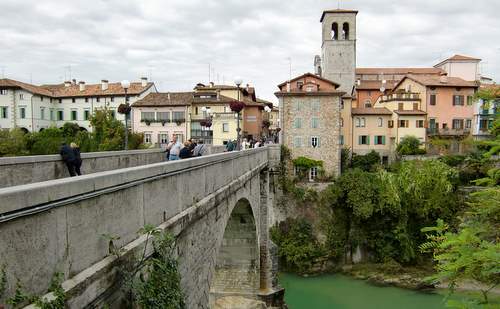 Held in the rolling hills near the city of Udine, capital of the Friuli area in north-eastern Italy, the Maratona Città del Vino attracts around 200 marathon and 250 half marathon runners.

The route is an undulating loop on asphalt roads through a string of villages and small towns in the wine-growing region between Udine and the border with Slovenia.

The difference in elevation between the highest and the lowest point on the course is approximately 120 metres.

In 2012, the start and the finish will be in the village of San Giovanni al Natisone.

Half marathon runners will join the field in the beautiful old town of Cividale del Friuli.

Entries: online or by fax; payment by credit card or bank transfer; entries close 4 Oct 2012; entrants must provide a medical certificate at registration (and pay an additional €7 for the "cartellino di giornata FIDAL") if they are not registered with an athletics federation; entries to the 9km non-competitive run on the day (without medical certificate)

You get: bus service to the start (for half marathon runners), finisher bag and medal; pasta party after the race