The start of the marathon is in Gdynia, the finish in Gdańsk.

The Maraton Solidarności takes place in the conurbation of the Tricity (Trójmiasto), which consists of three cities on the Polish Baltic coast — the shipbuilding cities of Gdynia and Gdańsk, and the chic beach resort of Sopot in between.

The event commemorates the workers killed by Polish communist army and police during the strikes and riots of December 1970 in northern Poland. After more strikes, the Solidarność ("Solidarity") — the first independent trade union in a Warsaw Pact country — was born at the Gdańsk shipyard in August 1980.

The start of the marathon is at the "Monument to the victims of December 1970" in Gdynia. The first half of the race is run on the main road from Gdynia through Sopot to Gdańsk. The second half is out and back to the Westerplatte peninsula, where the first battle of World War Two was fought. The finish line is on Długi Targ ("Long Market"), a beautiful square in Gdańsk's historic centre.

The Maraton Solidarności is held on 15 August, the feast of the Assumption of Mary, which is an important feast day in Poland. 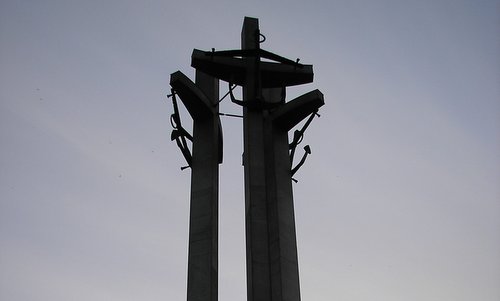 Entries: online or by post, payment by bank transfer; late entries on the day (until 8.30)

You get: T-shirt, medal, goodie bag, transport of personal clothing from start to finish, a meal after the race, free accommodation in the sports hall (before the race, on reservation)